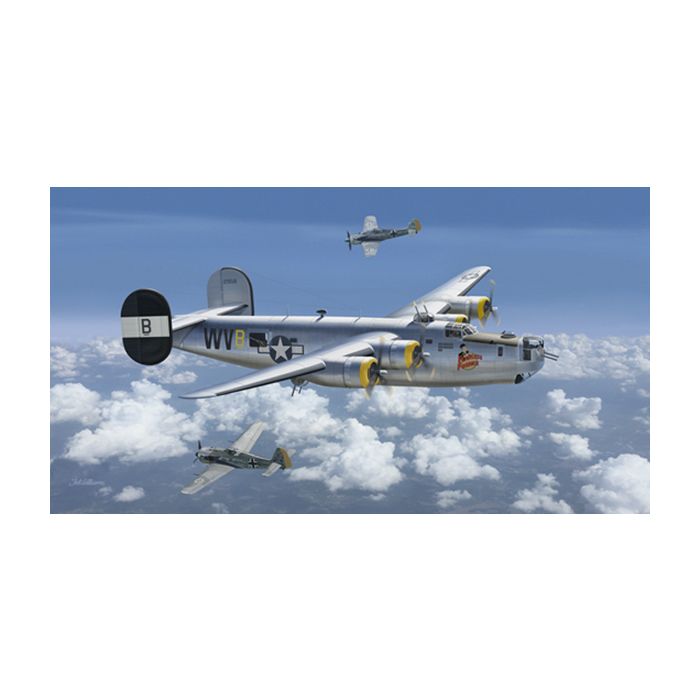 Skip to the beginning of the images gallery
Details
This B-24J, "Fearless Fosdick", commanded by Capt. Bud Farnsworth of the 445th Bomb Group represents one of the over 18,000 Consolidated B-24 Liberators built during WWII. With a total of 6,678 being built, the “J” model was the variant produced in the greatest quantity. Armed with twin .50-cal. Browning machine guns in the nose, upper, lower ball, waist, and tail turrets, a total of 5,200 rounds of ammunition were carried. Power was provided by four supercharged Pratt and Whitney R-1830 engines giving the “J” a top speed of 290 mph. With fuel and a full bomb load the Liberator grossed out a 56,000 pounds. This was truly a heavy bomber for its era.
2022 Ted Williams Aviation Art. All Rights Reserved.