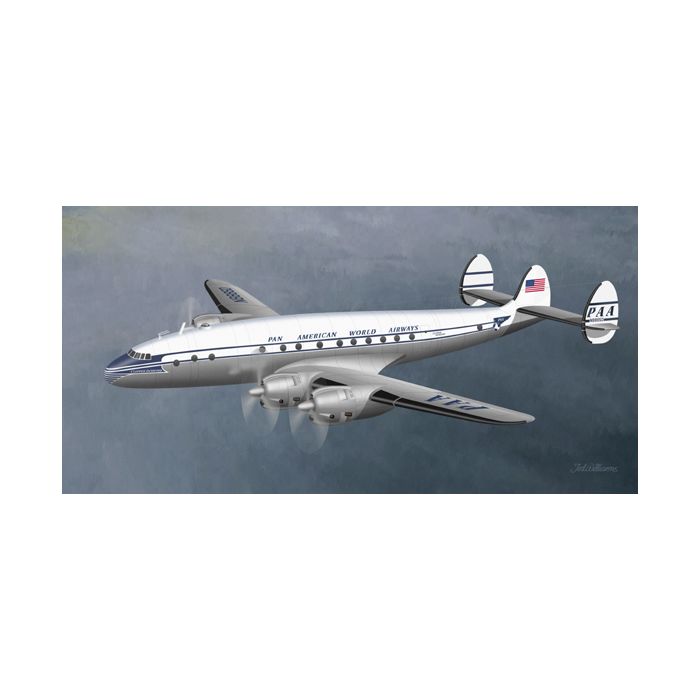 Skip to the beginning of the images gallery
Details
The L-049 Constellation had several technological advancements such as electric de-icing, hydraulic assisted controls, reversible pitch propellers and pressurization, which allowed the Constellation to fly above the clouds. The wings of the aircraft were scaled up from those used by the P-38 Lightning fighter. The aircraft was to be powered by four Wright R-3350 Duplex-Cyclone radial engines. This innovative new aircraft was to be priced at $450,000, making it the most expensive airliner at the time. After TWA received the first production L-049 in November 1945. Pan Am received its first L-049 Constellation on January 5, 1946. On January 14, 1946, Pan Am began flying its L-049 equipment between Bermuda and New York, replacing the slower Boeing 314 Clipper that flew before it. AOA, BOAC, and Air France all started L-049 operations later that year. Due to requests by the airlines, production ceased in 1946, in favor of a more standard civilian Constellation, which became the L-649 and L-749 respectively.
2020 Ted Williams Aviation Art. All Rights Reserved.