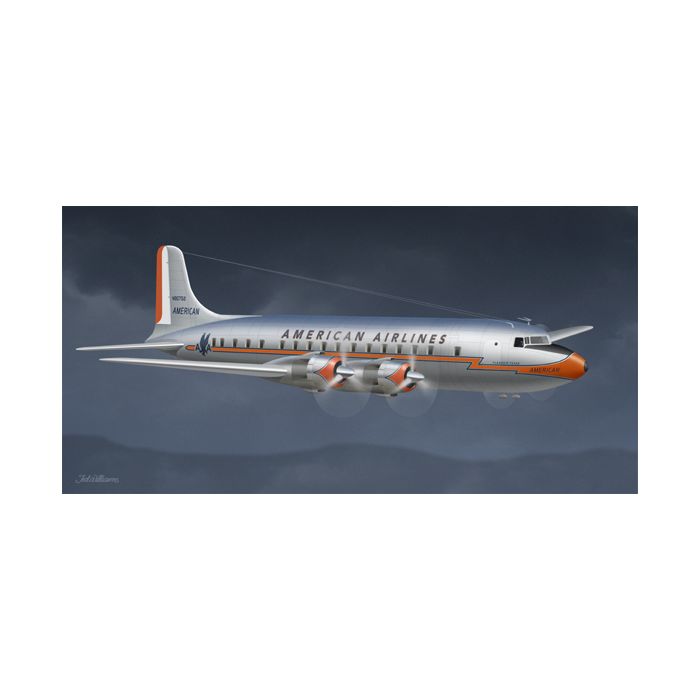 Skip to the beginning of the images gallery
Details
American Airlines, the world's largest airline in terms of total passengers-miles transported and fleet size, operated the DC-6 from the 1940s until 1966. The aircraft was American’s answer to the Constellations of Trans World Airlines. The DC-6 proved to be an outstanding aircraft and was the backbone of American Airlines’ fleet. The DC-6B, originally powered by Double Wasp engines with Hamilton Standard constant-speed reversing propellers, was regarded as the ultimate piston-engine airliner from the standpoint of ruggedness, reliability, economical operation, and handling qualities. It was the last piston-powered aircraft used by the airline.
2021 Ted Williams Aviation Art. All Rights Reserved.
Magento Appliance - Powered by TurnKey Linux