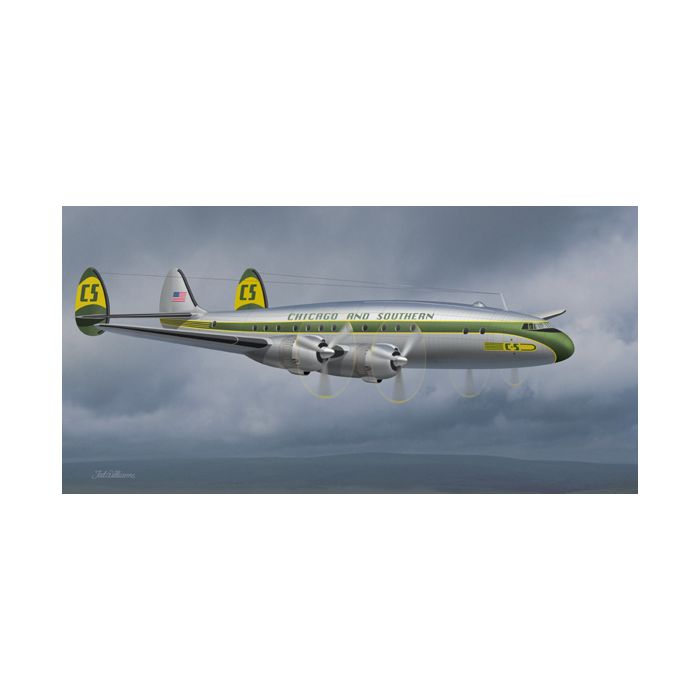 Skip to the beginning of the images gallery
Details
Pacific Seaboard Air Lines changed its name to Chicago and Southern Air Lines in 1935. The June 1, 1940 Chicago & Southern system timetable described the "The Valley Level Route" as being "900 Miles of Flat Country" between Chicago and New Orleans via Memphis with "Fine Airports" and "A Splendid Airway". Chicago and Southern continued flying north to south routes in the Midwest, bringing air service to smaller markets such as Evansville, Indiana, and Paducah, Kentucky. In October 1950 C&S took delivery of the first of six six Constellations—five L-649s and one L-749. These larger pressurized airliners were placed in service from Chicago and St Louis to Houston, Memphis, New Orleans, Havana, Kingston, and Caracas. On 10 January 1953 a new service from New Orleans to San Juan, Puerto Rico was inaugurated.
2022 Ted Williams Aviation Art. All Rights Reserved.