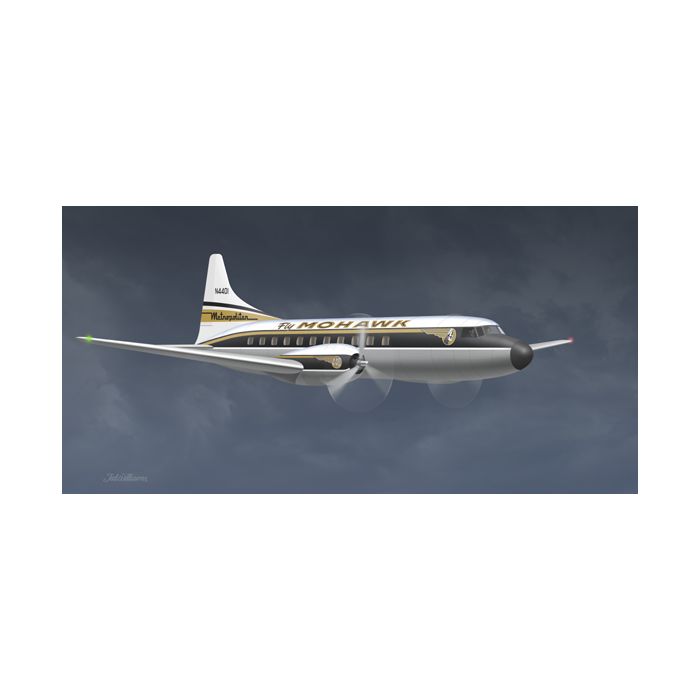 Skip to the beginning of the images gallery
Details
The Mohawk Airlines was founded in 1945 by C.S. Robinson and originally named Robinson Aviation. It officially completed its first passenger flight on April 6 of that year. At its height, the airline employed over 2,200 personnel and pioneered several aspects of regional airline operations, including being the first airline in the United States to hire an African American flight attendant. Mohawk saw its golden age in the late 1950s and early 1960s, acquiring the Convair 440 in 1958.
2021 Ted Williams Aviation Art. All Rights Reserved.
Magento Appliance - Powered by TurnKey Linux