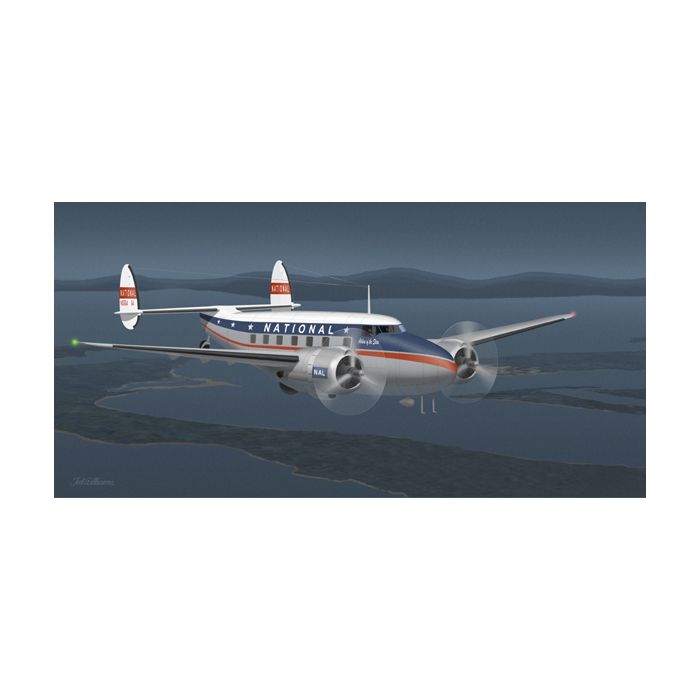 Skip to the beginning of the images gallery
Details
National Airlines was founded by George T. Baker in 1934. Its headquarters were in St. Petersburg, Florida and it was based at the city's Albert Whitted Airport. In 1939, the company headquarters were moved to Jacksonville. By the end of the decade, the National Airlines network spanned from Miami to New Orleans, on what it called the Buccaneer Route. National Airlines was the only major carrier in the United States never to operate the venerable DC-3. They opted, instead, for the slightly faster Lockheed Lodestar good for that era. National used its Lodestars mainly on its intra-Florida routes, but also as far north as Philadelphia.
2022 Ted Williams Aviation Art. All Rights Reserved.
Magento Appliance - Powered by TurnKey Linux