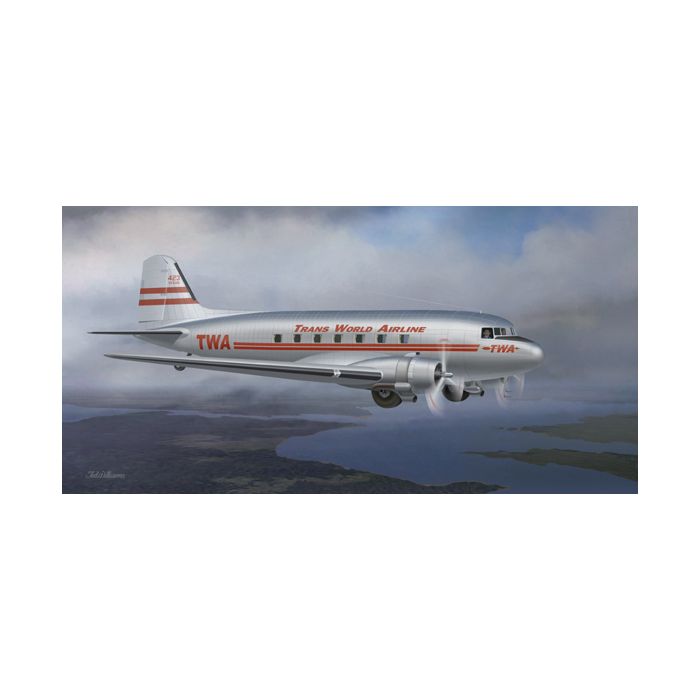 Skip to the beginning of the images gallery
Details
When C.R. Smith of American Airlines cajoled Donald Douglas into creating a sleeper transport version of the DC-2 not only was history made but also a legend was born. Originally called the DST (Douglas Sleeper Transport), the DC-3 revolutionized travel by air. The airline industry blossomed overnight. U.S. airlines like American, United, TWA, Delta and Eastern initially purchased over 400 DC-3s. These fleets paved the way for the modern American air travel industry, which eventually replaced railroads as the favored means of long-distance travel across the United States.
2022 Ted Williams Aviation Art. All Rights Reserved.