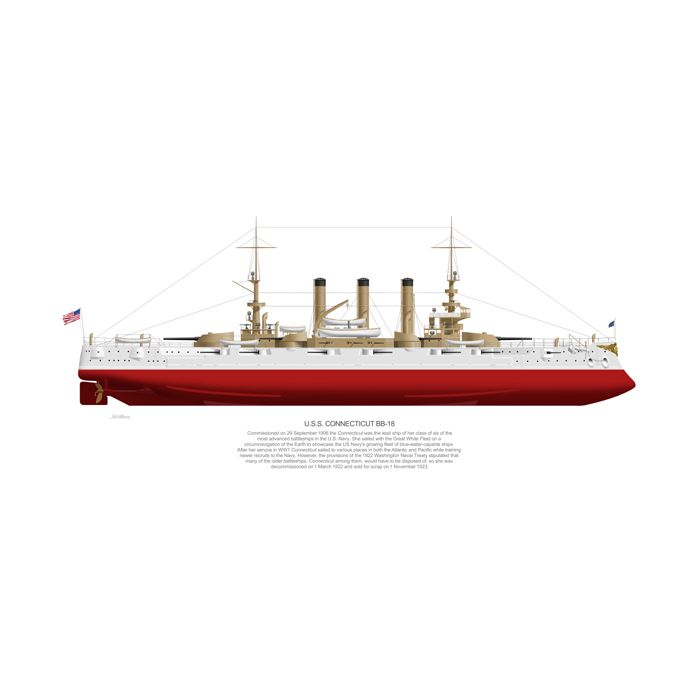 Skip to the beginning of the images gallery
Details
Commissioned on 29 September 1906 the Connecticut was the lead ship of her class of six of the most advanced battleships in the U.S. Navy. She sailed with the Great White Fleet on a circumnavigation of the Earth to showcase the US Navy's growing fleet of blue-water-capable ships. After her service in WW1 Connecticut sailed to various places in both the Atlantic and Pacific while training newer recruits to the Navy. However, the provisions of the 1922 Washington Naval Treaty stipulated that many of the older battleships, Connecticut among them, would have to be disposed of, so she was decommissioned on 1 March 1922 and sold for scrap on 1 November 1923.
2021 Ted Williams Aviation Art. All Rights Reserved.
Magento Appliance - Powered by TurnKey Linux