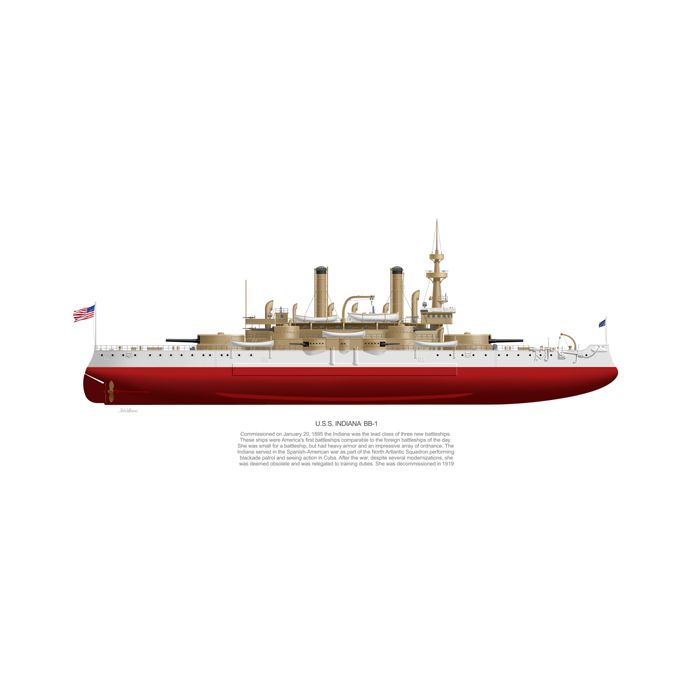 Skip to the beginning of the images gallery
Details
Commissioned on January 20, 1895 the Indiana was the lead class of three new battleships. These ships were America's first battleships comparable to the foreign battleships of the day. She was small for a battleship, but had heavy armor and an impressive array of ordnance. The Indiana served in the Spanish-American war as part of the North Atlantic Squadron performing blockade patrol and seeing action in Cuba. After the war, despite several modernizations, she was deemed obsolete and was relegated to training duties. She was decommissioned in 1919.
2021 Ted Williams Aviation Art. All Rights Reserved.
Magento Appliance - Powered by TurnKey Linux