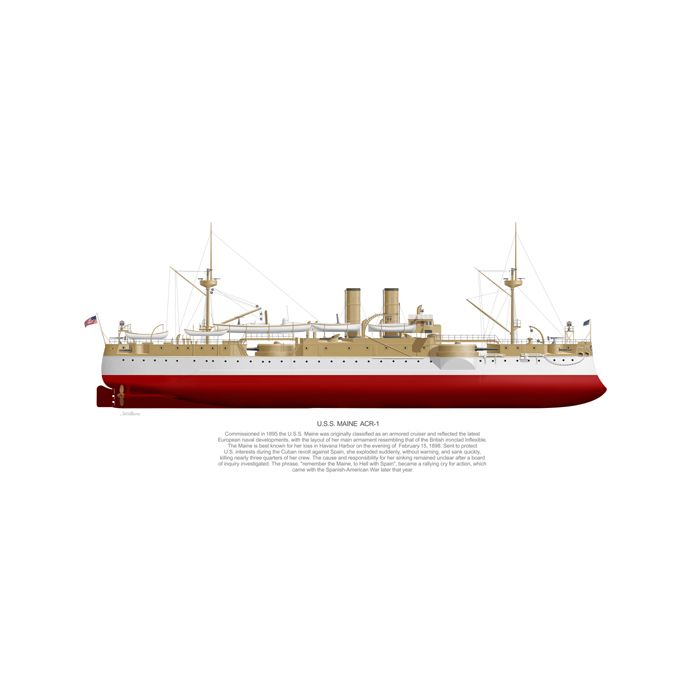 Skip to the beginning of the images gallery
Details
Commissioned in 1895 the U.S.S. Maine was originally classified as an armored cruiser and reflected the latest European naval developments, with the layout of her main armament resembling that of the British ironclad Inflexible. The Maine is best known for her loss in Havana Harbor on the evening of February 15, 1898. Sent to protect U.S. interests during the Cuban revolt against Spain, she exploded suddenly, without warning, and sank quickly, killing nearly three quarters of her crew. The cause and responsibility for her sinking remained unclear after a board of inquiry investigated. The phrase, "remember the Maine, to Hell with Spain", became a rallying cry for action, which came with the Spanish-American War later that year.
2021 Ted Williams Aviation Art. All Rights Reserved.
Magento Appliance - Powered by TurnKey Linux