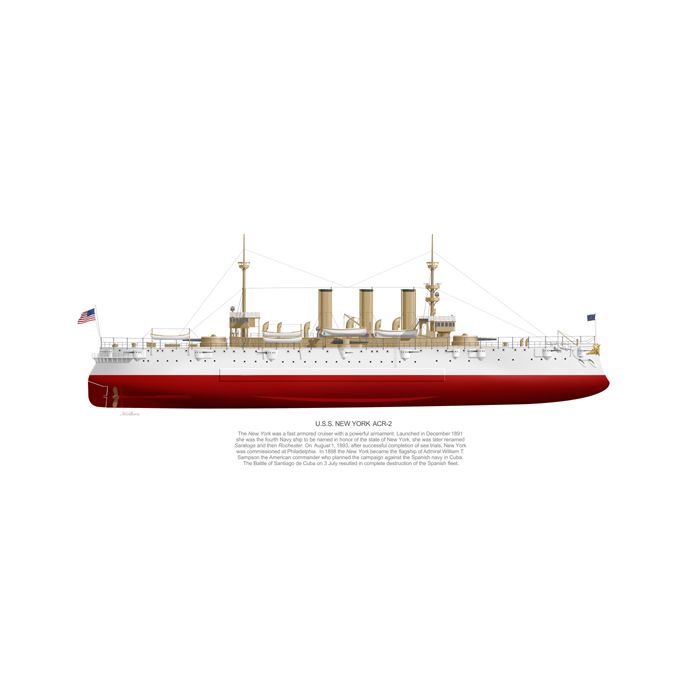 Skip to the beginning of the images gallery
Details
The New York was a fast armored cruiser with a powerful armament. Launched in December 1891 she was the fourth Navy ship to be named in honor of the state of New York, she was later renamed Saratoga and then Rochester. On August 1 1893, after successful completion of sea trials, New York was commissioned at Philadelphia.In 1898 the new York became the flagship of Admiral William T. Sampson,the American commander who planned the campaign against Santiago. The Battle of Santiago de Cuba on 3 July resulted in complete destruction of the Spanish fleet.
2022 Ted Williams Aviation Art. All Rights Reserved.
Magento Appliance - Powered by TurnKey Linux